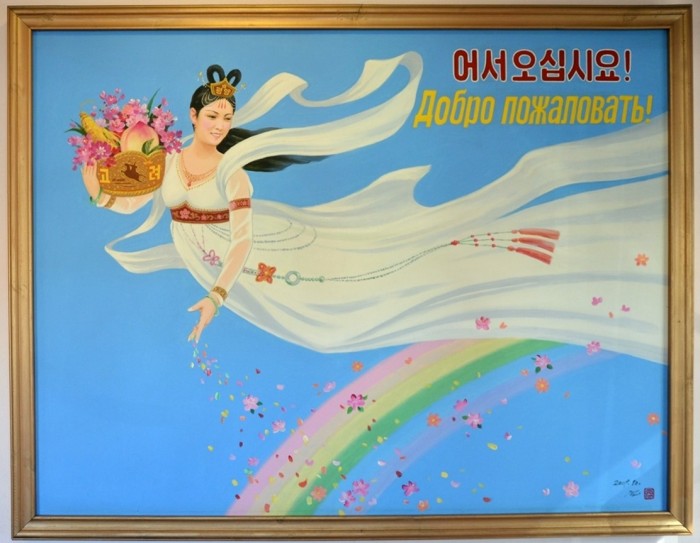 Where you can try traditional North Korean cuisine outside of North Korea? Now, how many of those places are in the “Western World”?

Well, one of them happens to be in Moscow. 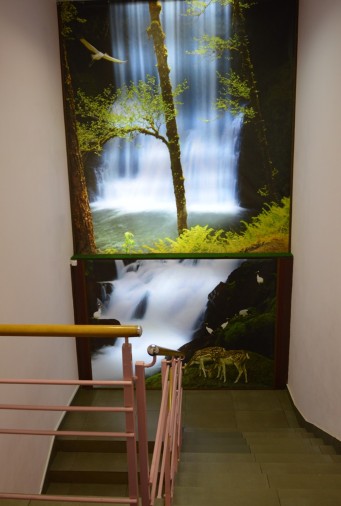 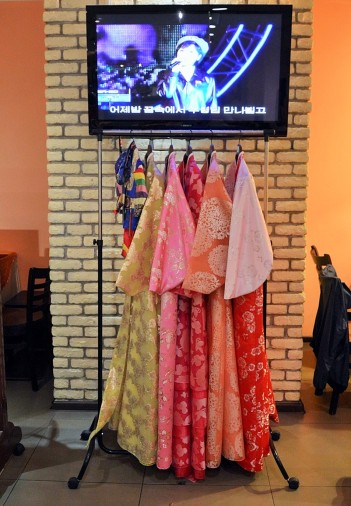 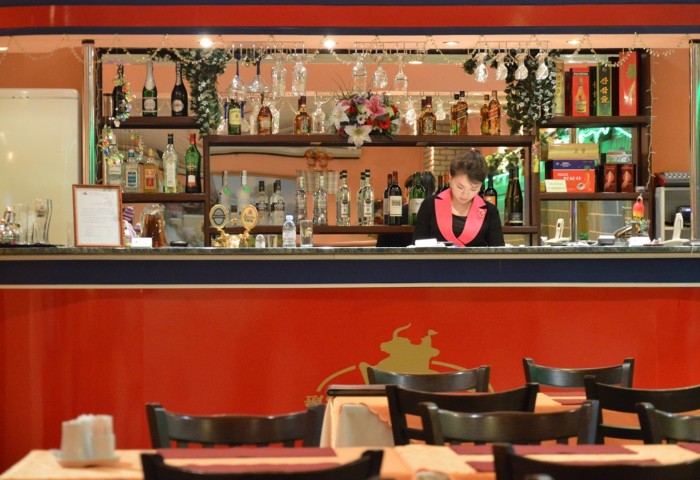 Koryo (or Pyongyang Koryo), opened in 2010 and is Russia’s one and only North Korean restaurant. It is rumored to be officially sanctioned by the North Korean government [chills], rather than some…um…emigrants from the country, though I’m not sure if the NK leadership bothers with this kind of public diplomacy.

But – expected dark remarks about food in North Korea aside – is Koryo the real deal? Apparently – yes. Don’t take my word for it, but that of my friend and newly-baked Moscow expat Claire, who hails from South Korea, and whose family includes people from both sides of the DMZ.

Koryo’s menu is huge and features many traditional northern Korean delicacies, such as naengmyeon – thin buckwheat noodles served in cold broth with meat, egg, vegetables and gochujang, red chili paste (hot!). For Korean food novices like myself, one of Koryo’s attentive waitresses (all of whom are dressed like fancy flight attendants in matching suit-dresses) will come around and demonstrate how to properly mix the towering structure into soup. There are also, of course, plenty of universally Korean dishes, from several varieties of kimchi to grilled eel and potato pancakes. Get a big group together and order one of everything to try – that’s what I did! 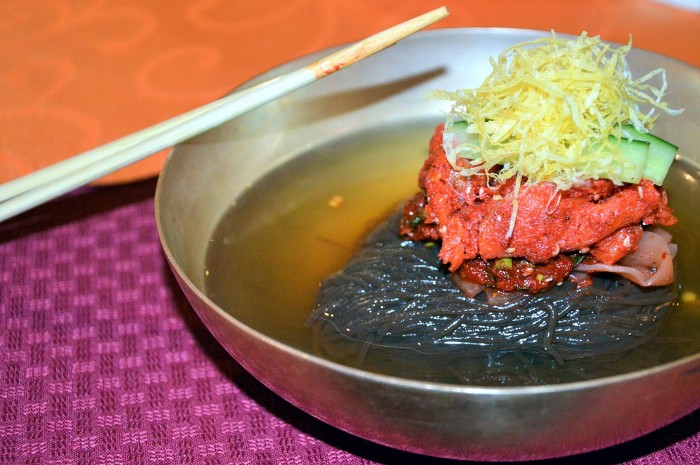 The appeal of Koryo to a Moscovite is that it’s a rare truly authentic “ethnic” restaurant, not diluted by Russification/pan-Europeanization. As in, no, there won’t also be any chicken Caesar salad, pizza and shashlik on the menu, get over it. And the food is spicy, properly spicy! That’s probably why Koryo enjoys so many foreign patrons, including Asian ones. That, and perhaps the chance to get a glimpse inside the Hermit Kingdom? 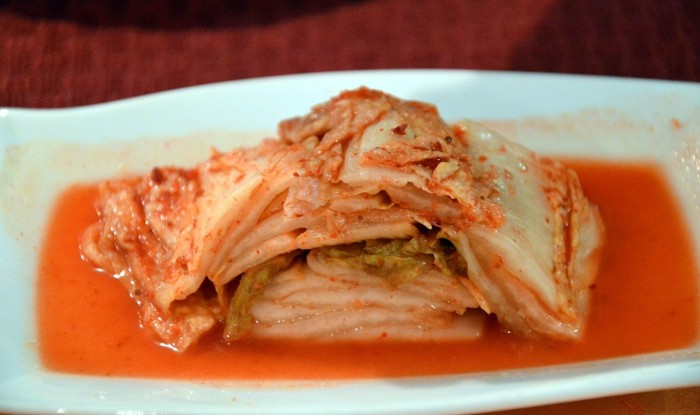 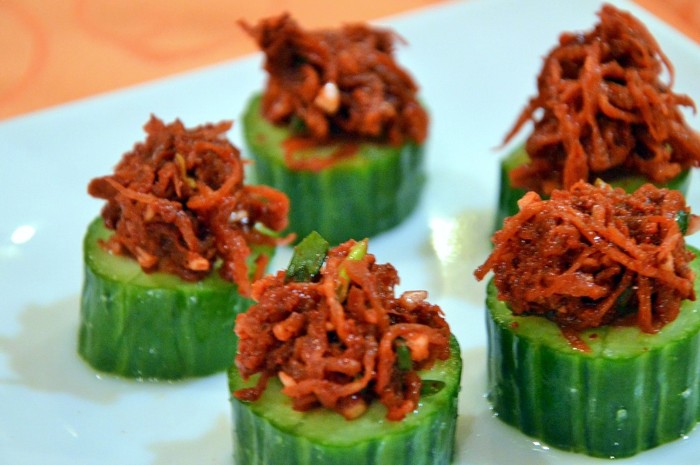 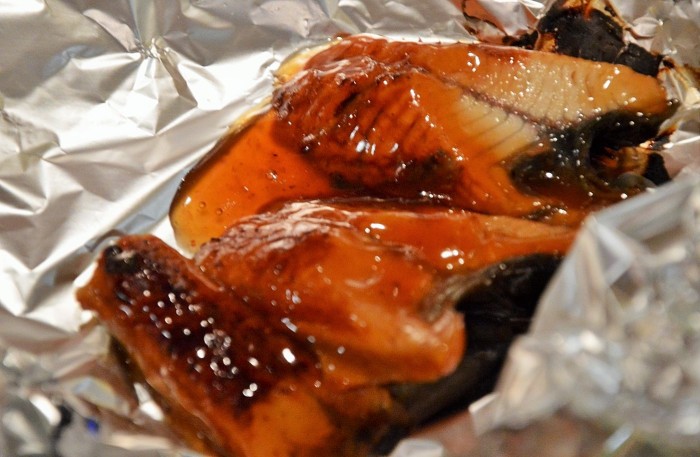 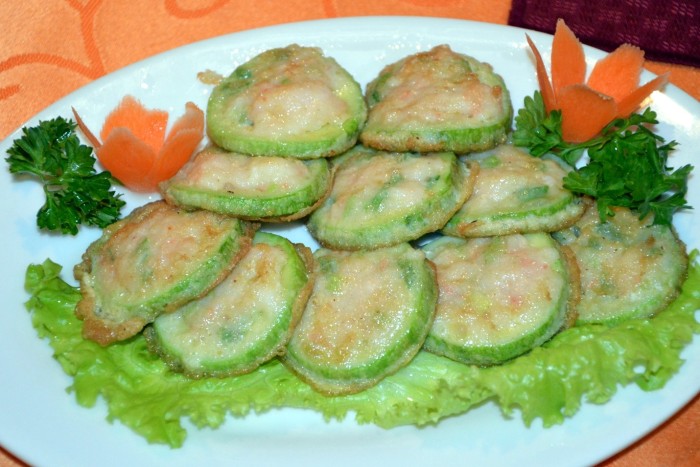 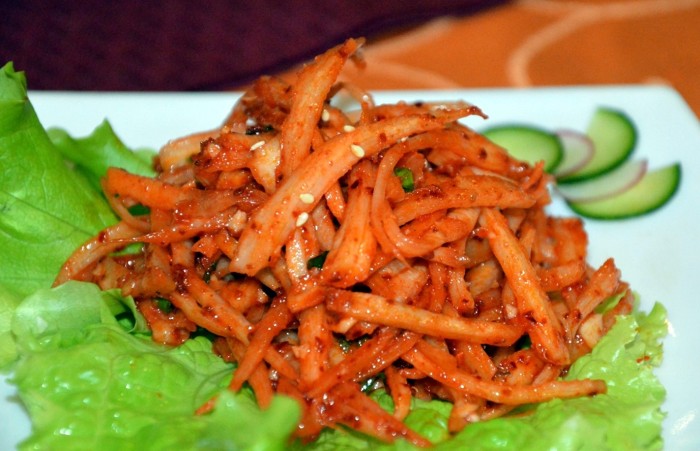 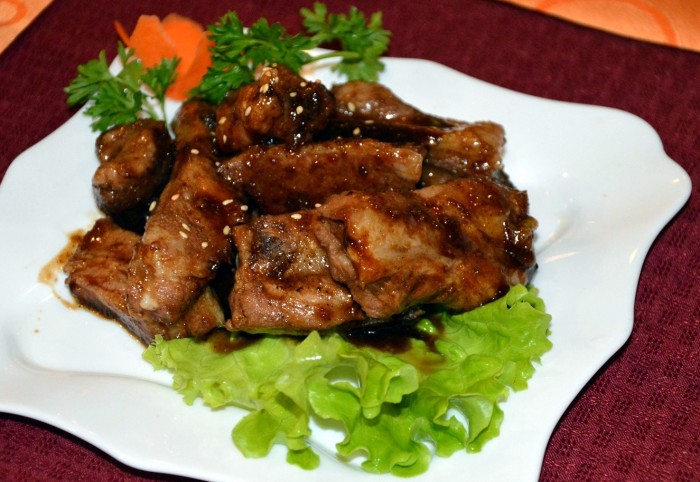 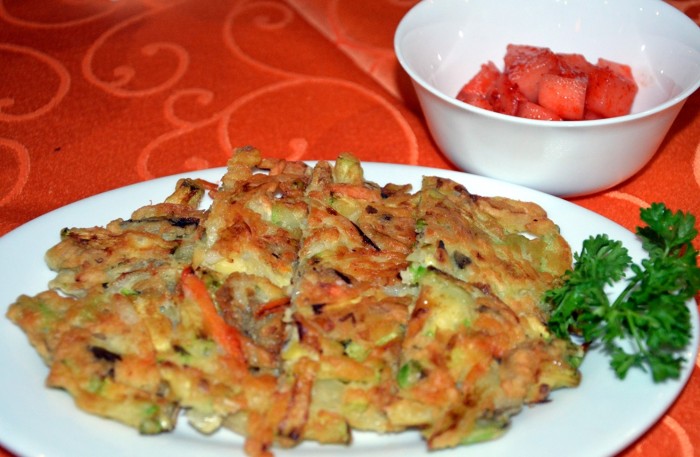 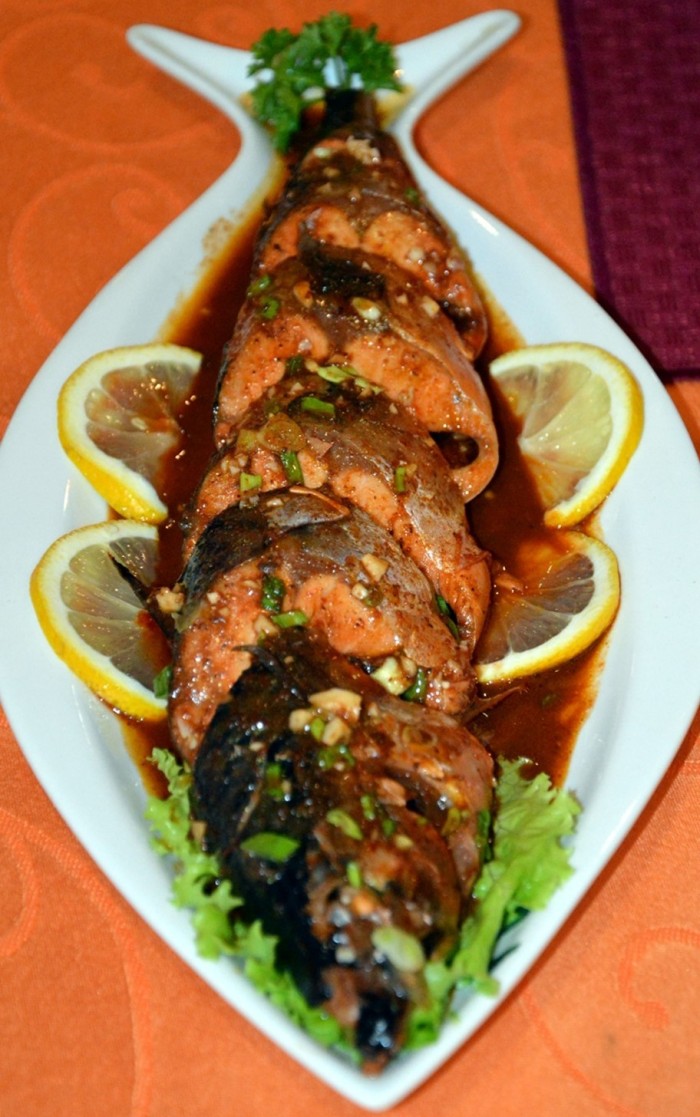 Would you eat at a North Korean restaurant?